A quick guide on the concepts of Hotspots, Gaze Path, and Digestibility.

Written by Iwan Keymer
Updated over a week ago

Watch this short video for a quick introduction to the Hotspots report:

Our Hotspots report type automatically shows you the most attention grabbing parts of your content.

All hotspots are identified to pixel width accuracy. So you'll immediately see if there are too many elements competing for your audience's attention. The hotspots report is a source of truth, if there are 20 we'll show 20, but ideally you'll want to try and keep the number of hotspots low.

Simply select the Hotspots report type and the Studio will automatically define and display your most visually salient regions. 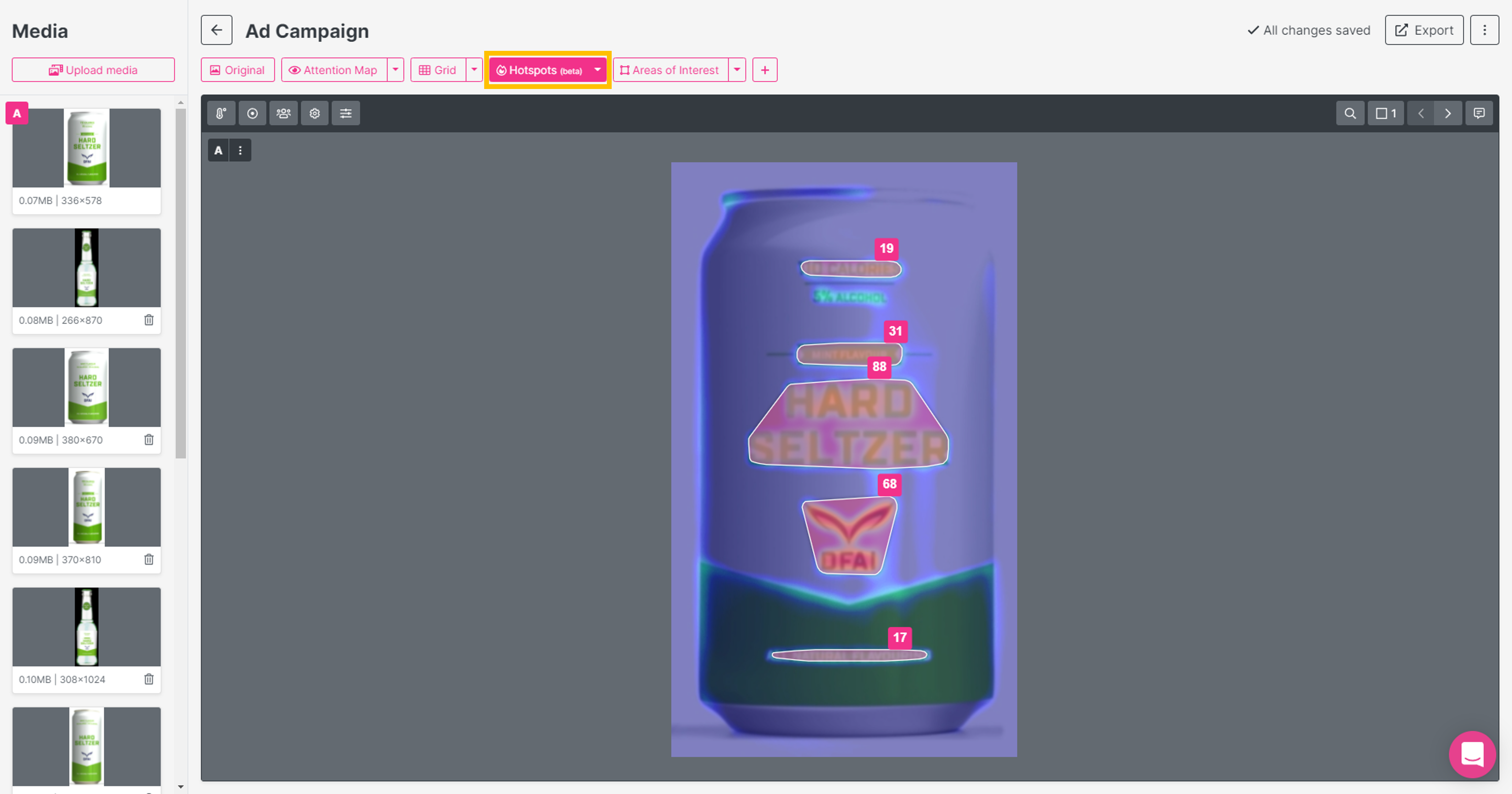 Once your hotspots have been identified, they are scored using our powerful Probability of Perception metric. You can also choose to use our handy Share of Attention or Local Attention Score, depending on which metric is most appropriate for your design goals.

Our hotspots report is 85% accurate, measured against eye fixations from the Webtasks dataset from a Scientific Data paper on eye movements.

Our Gaze Path feature within the Hotspot report shows you the most probable path your audience takes through your content with scientifically validated gaze sequences.

After the hotspots in your design are identified, they are then ordered based on their Share of Attention scores and position within the image.

The Gaze Path report will number each hotspot in your content by the order it's most likely to be seen. This allows you to lower the risk of releasing content that is dull or contains too many distracting elements by seeing if the hotspots identified correlate with your intended visual hierarchy. 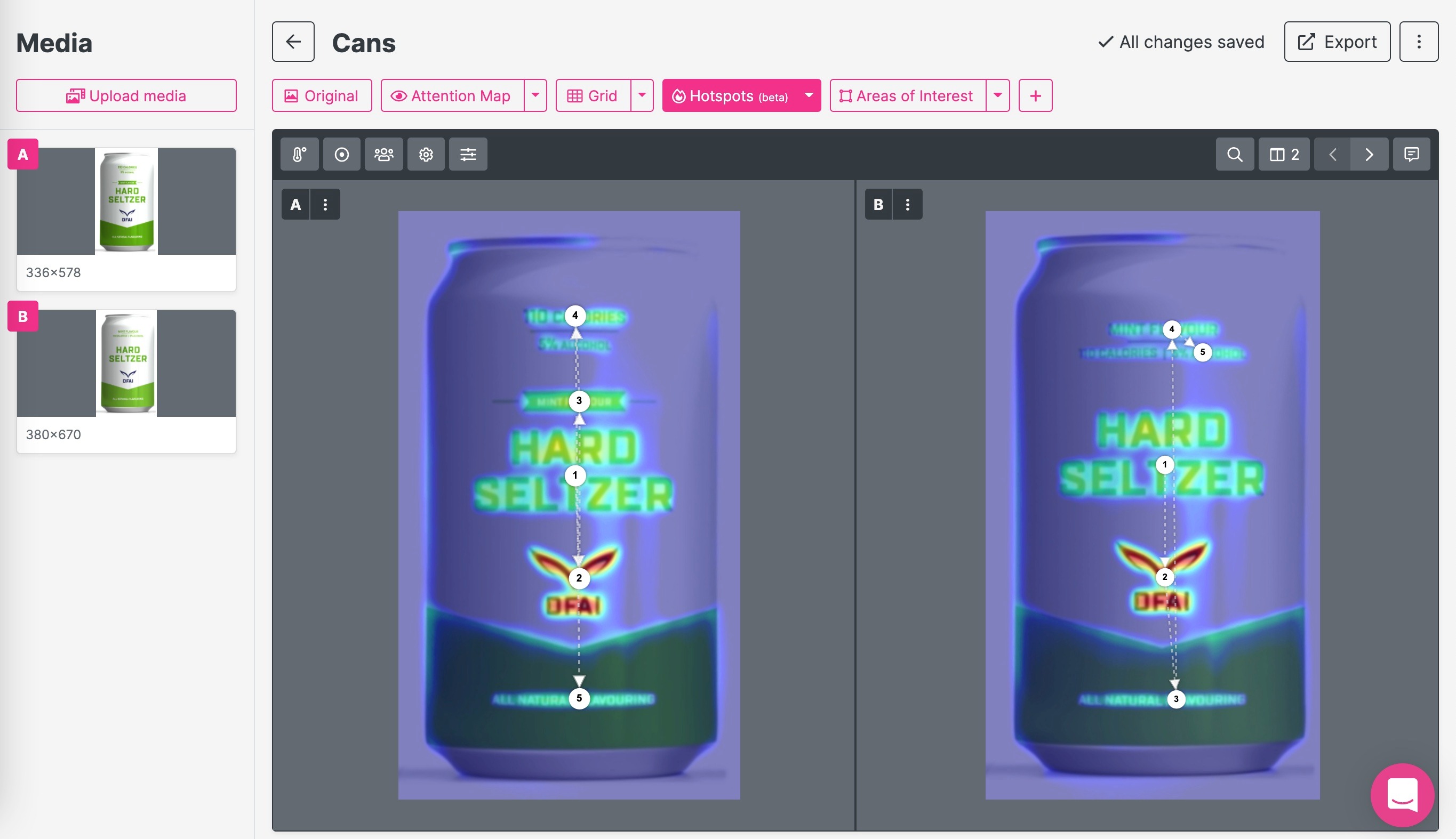 The Studio's Hotspots report comes with an out-of-the-box digestibility score - based on the number of hotspots and distribution of their Probability of Perception scores. This score tells you how easily key visual information is taken in by the viewer at first glance. 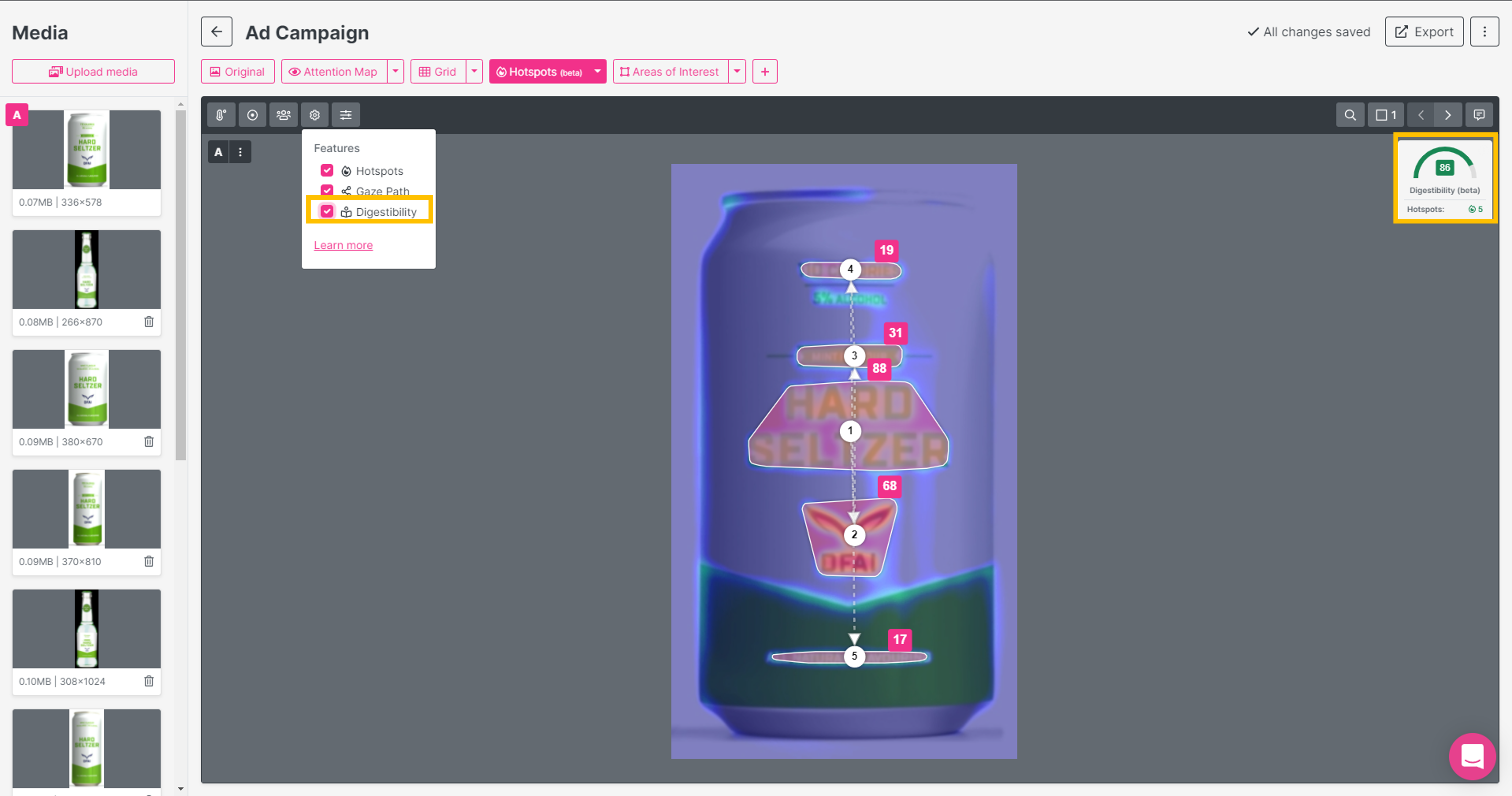 An image that is more digestible is one where the hotspots are more consistently identified across any audience.

Fewer hotspots and a more even distribution of saliency scores would lead to improved image digestibility.

In summary, a high digestibility score means the hotspots within your content are clear and seen in a more consistent way across your audience.

Make sure your hotspots correlate with key visual elements you want your audience to see to ensure that you are driving engagement and conversion.

You can make sure to focus on the insights most useful to you by controlling which of these features you can see. By clicking the gear icon inside the Hotspots report you'll see checkboxes which enable you to show or hide the Hotspots or Gaze Path. 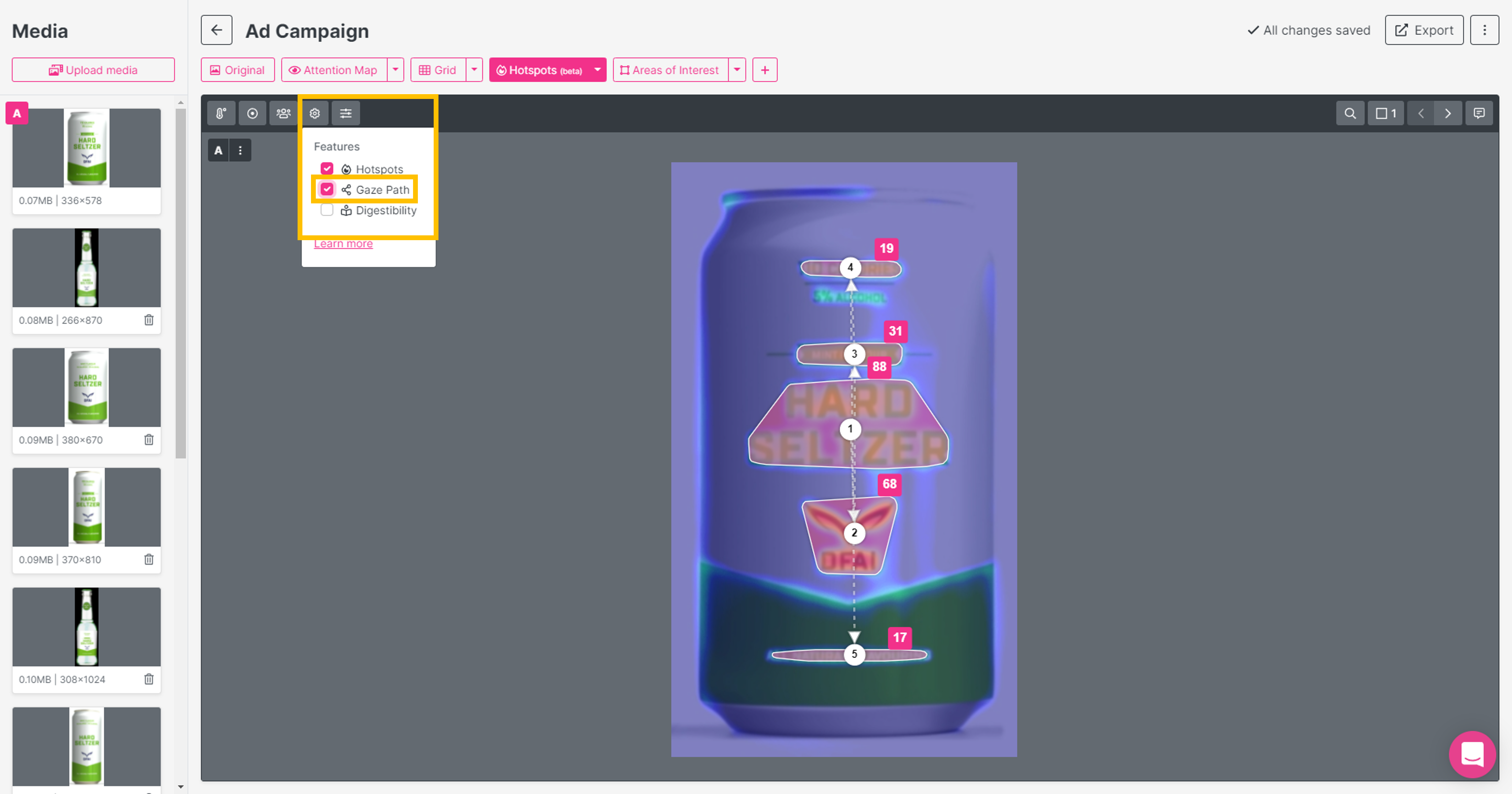 Once your analysis is complete, learn about our Export options.

Any further questions or feedback, please contact [email protected] or any member of the Dragonfly AI team!

Did this answer your question?